Create your free blog at Obolog! or Sign in 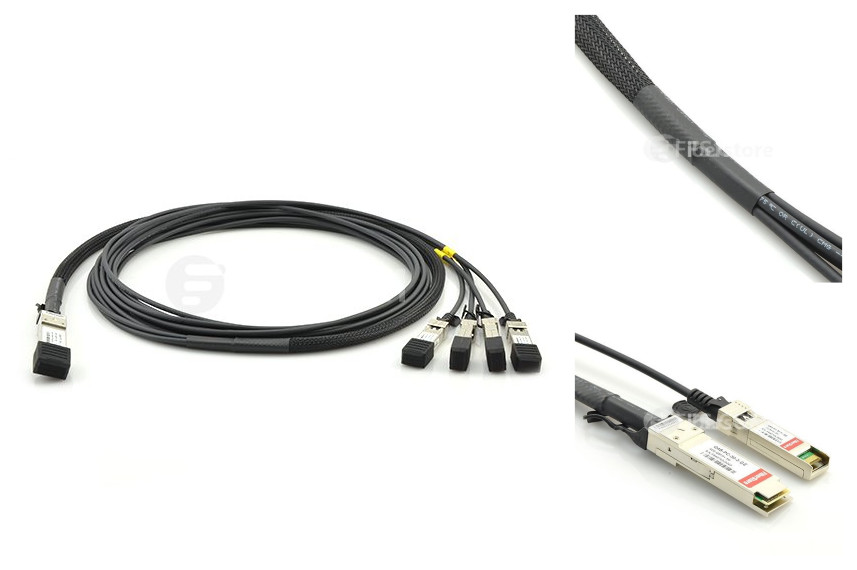 What Is Fiber Breakout Cable?

Breakout-style fiber optic cable, also called fiber breakout cable or fiber fan-out cable, is an optical cable which contains several jacketed simplex optical fibers package together inside an outer jacket. It differs from a distribution-style cable, in which tight-buffered fibers are bundled together, with only the outer cable jacket of the cable protecting them. The design of breakout-style cable adds strength for ruggedized drops, however the cable is larger and more expensive than distribution-style cable. The structure of fiber breakout cable (shown as the figure below) ensures a long life. A fiber breakout cable consists of outer jacket, tap binder, breakout fiber assembly (tight-buffered fiber surrounded in aramid yarns and jacketed), strength member, and ripcord. For easier handling, it also features an easily strippable 900µm coating. Both the PVC and plenum cables are rated for fire safety.

Fiber breakout cables are typically used for indoor applications, between an optical distribution frame and an electronic equipment rack, or between two electronic equipment racks. These cables are particularly effective when equipment racks are distributed over a large area (for example several floors in a large building). The end of the breakout cable behaves like a standard single pigtail. The outer jacket of the cable can be stripped. Fiber breakout cables are used to carry optical fibers that will have direct termination to the equipment, rather than being connected to a patch panel. Covered with an outer jacket, these cables are ideal for routing in exposed trays or any application requiring an extra rugged cable that can be directly connected to the equipment. And they are also suitable for pre-terminated cable assemblies.

Fiber breakout cables are ideal for installations requiring an extremely rugged and reliable cable design where maximum mechanical and environmental protection are necessary. And fiber breakout cables have many obvious advantages, such as cost savings, direct termination to sub cable, which eliminates the need for patch panels and patch cords and reduces connector loss, and easy installation and high crush resistance.

Comments for this blog are closed.